How To Sell Silver Jewelry For Beginners

In one sense of the term, it is actually a good deal easier for you to sell silver jewelry than it is for you to sell gold jewelry. While it might not seem this way, selling silver is a good deal easier to do overall because there are less people who are clamoring to buy it from you. While you can see all kinds of people who are willing to buy gold advertising it, to sell silver is actually better because of the relative rarity of buyers. With less of a buying public, silver jewelry is easier to part with for a fair price because you have less work to do and less of an inflated demand to have to deal with. 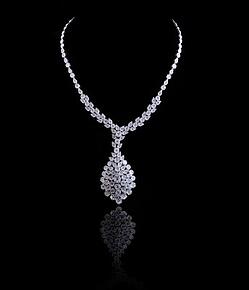 The laws of supply and demand are always functioning, but in some cases an excess of demand can actually work against you. When the entire world wants something, naturally the price goes up accordingly because the supply of it cannot keep pace with the growing demand. However, this immense level of demand can easily back fire on the potential sellers as well as the buyers. With so many people clamoring to buy, it is far too easy for a seller to get swept up in a game of trying to get too much and ending up with nothing. This ultimately comes down to a form of analysis paralysis where every offer seems too low, and the seller ends up waiting and waiting without any end in sight.

With gold, it seems like every day the price hits a new high. It has never been so valuable, and it seems as if everybody is talking about it. However, silver is not going through such a booming phase of crazy buyers. So if you are looking to sell your silver jewelry, you can get a good price and trust that it is more likely that a potential buyer is on the level. Let the speculators have their gold while the smart money picks up plenty of silver.

Simply put, you can sell your silver to any number of reputable buyers if you know where to look. Unlike with the gold buyers, there is not much of a market for the scam artists to enter the silver acquisition field. While you would always be wise to keep your head during a transaction and make certain you have a record of what you are selling, you are less likely to run into anyone running a silver scam than a gold scam. Because the time you would be wise to take vetting potential buyers is worth something, it can actually be more profitable to sell your silver than it would to deal in gold.

What is the best thing of all about selling silver is that its value has not risen as dramatically as gold's has, meaning that you can make a small enough profit on your old silver that you may not need to pay any taxes on it. If you are trying to get yourself squared away as a silver dealer, this may not be that great. But if you just want to get some money out of your old silver and be rid of the stuff, this is going to work excellently for you.

Since silver has so many applications that go beyond mere jewelry, its value has remained solid without becoming overly inflated. This makes your silver something profitable for you to sell without it becoming a breeding ground for scam artists. For the most part, only reputable buyers are interested in picking up your old scrap silver.

To an extent, the same can be said about platinum.

How to Earn Money From Selling Scrap Silver