Why an Emerald Cut Diamond is the Sophisticated Option

As the name suggests, the emerald cut was originally used on emeralds, however the beauty and brilliance of the result was quickly transferred to the diamond cut as well. Displaying elongated lines that cause sparkle throughout the rectangular shape, the emerald cut diamond delivers both elegance and sophistication to the stone it enhances. It is both the simplest and most complex of all the possible cut choices for an engagement ring. 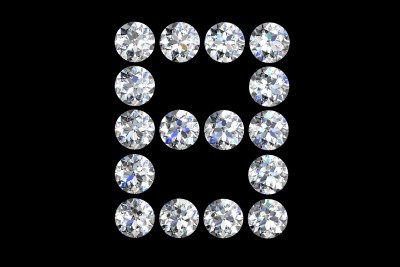 Designers will often add a feminine ribbon-twist flowing down the shoulders of unique emerald cut designs making it both sophisticated as well as classy-- while sporting a fashion-forward edge.

The emerald cut diamond is simple and stunning. Due to its long lines, it can be less fiery than a "round brilliant" cut. It tends to have broader, more dramatic flashes of light. The trim-lines of emerald cut diamonds lend the elegant-yet-sophisticated air to both the simplest and most elaborate of ring settings. Some consider this to be the perfect stone cut for creating signature pieces of diamond jewelry.

Also Read: How to Clean your Diamond Bezel

Final shapes for diamonds are usually determined by factors which include the sizes of the rough crystal being used, as well as the quality of the diamond itself. Some diamonds aren’t high enough quality or large enough in size to be used for some shapes. This emerald cut is an example. To make an emerald cut-- a rough crystal is needed that is both high in quality as well as large enough in order to prevent the appearance of flaws.

Shortly after the emerald cut was discovered, it was quickly picked up for use on diamonds because the result is a cut of diamond that is elegant, sophisticated and classic all at the same time. It owes this fame largely to the wide rectangular facets used in the cut. This particular style is also sometimes called a step-cut because the gradation of facets appears very similar to staircase steps.

There are several things to consider when choosing this emerald cut. First is color, next is clarity of the stone. Next to consider is the length-to-width ratio. The ratio of the emerald cut varies based on exact shapes of the stones being cut. For example, rectangular shaped emerald cuts have a ratio of about 1.50, but when a preferred shape that is more of a square than the length-to-width ratio, it will be around 1.30.

Color and clarity of the stones need to be carefully chosen. This is because the large facets of an emerald cut make flaws and blemishes a lot more noticeable due to large surface areas of the stone.

When emerald cuts are properly done, it can be truly amazing to see. Although this cut doesn’t possess the same fire as the round cut, because of its elongated lines, the diamond displays flashes of light that are more visible and are much more dramatic than what is seen in other diamond cuts.

An emerald cut is appropriate for settings of both simplicity and elegance, as the emerald cut possesses a classic-yet-quiet sophistication. This particular cut is very commonly used for engagement rings. It is a popular choice for a stand-alone setting, such as a diamond solitaire. There is never a need for side accents to make this diamond cut stand out.

Traditionally, the emerald cut in the rectangular shape is more popular than the square cut. Regardless of the shape, the cost of an emerald cut is often less than other cuts because in general, it costs less to create.

Once more is understood about how diamonds are cut and how these shapes are created, it is easier to choose the best stone for the setting. Like all other things in life, the more that is learned about diamond cuts, the easier it is to make the best choice.

Why handmade Diamonds are Captivating for NYC Residents?