Is Your Coin Collection Ready for Auction?

If you want to build a coin collection worth serious coin, don't buy the latest fad. In fact, don't bother with anything issued in the last 60 years, says Norman Scrivener, coin specialist at Doyle New York. The sweet spot for beginning collectors? Coins from the 1940s.

Like countless others, Norman Scrivener began collecting stamps as a kid. In his case, however, that collection turned into a career. He is now one of the foremost experts in coin collecting in the United States and head consultant of the Coins, Bank Notes and Postage Stamp department at Doyle, the prestigious auction house in New York and a hot spot for buying and selling coins.

We caught up with Mr. Scrivener recently and he generously shared his insider knowledge of the kind of coins getting top dollar at auction these days - and a few tips for those looking to build a serious collection. 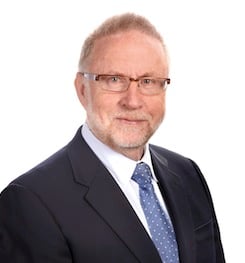 How is strong is the market for collectible coins now?

Norman Scrivener: The market for coins and banknotes is very strong, particularly items dating prior to 1950s and going all the way back to the 1800s.

People not familiar with this hobby tend to think, “Ah, there’s a new Disney stamp coming out” or “Maybe there is something for the Olympics this year.” But those are what I call wallpaper issues because they never really gain value.

In my profession, we deal with what we call ‘real collectibles,’ older items, which are still very much in demand. As with painting, jewelry or Asian art, condition is important and can impact the sale price of an item.

Were there any surprises at Doyle's stamp and coin auction in April?

Are there any pieces you expect to fetch top dollar at the October auction?

NS: We received a collection of coins and banknotes from the Reading Public Museum, which includes Swedish Plate money from 1735, a square piece that measures about five by five inches and weighs around two pounds. At that time, there was a shortage of gold and silver in the kingdom, so they had to use this large piece of bronze as a substitute. 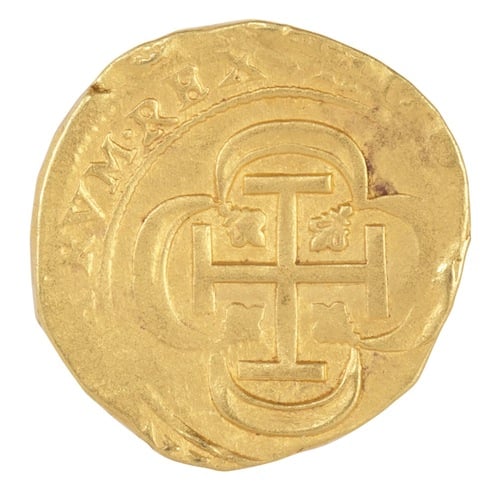 We also have several Peruvian coins from the late 1500s and early 1600s that were issued by the Spanish government when they came over to the colonies. They were used from Mexico down to South America in the southern Spanish colonies. We have a similar piece from Mexico dating to Philip V, known as an escudos gold piece with a cross motif, probably from one of the salvaged vessels that sunk off the American coast. That's estimated to sell between $2,000 and ­$3,000.

What advice do you have for someone just beginning to collect coins?

NS: Decide what area you would like to collect - say, coins of the United States. Within that, what specifically do you want to start with? Dimes from 1950 to 1900? Put a specific limit on it then do your research. Learn about grading and condition factors, so when you look at a coin you can determine whether it’s a fine-grade example or a high-grade example. That will have a bearing on the value.

Then you're ready to bid at auction?

NS: Absolutely, as long as you're prepared and have an understanding of the value of what you hope to buy. If you can, talk to individuals who have been in the business and ask them to help and guide you so you can avoid some of the pitfalls.

NS: As a general rule, I would try to stay away from collecting modern coins. They tend to be less valuable. I suggest picking a date to start with, say, 1950 and working backwards from there. As you work backwards, you’re going to find more and more valuable coins. But if you start with the period between 1940 and 1950, you can find various issues that are not too expensive.

Any tips for someone considering selling coins for the first time?

NS: Speak to experts and have the collection evaluated. People come into Doyle and ask for evaluations all the time. They may have seen something on the website or were referred by a friend or colleague. We also attend conventions and seminars, which is a great way for potential sellers to learn more. We also have appraisal days where we go into the tri-state area and have an event at a hotel or country club. People bring in their treasures, almost like an Antiques Roadshow type of thing. You never know what people are going to bring in.

Have you come across any interesting finds at any recent events?

NS: Well, someone brought in Chinese banknotes recently and that’s something you don’t see every day. One is very colorful and distinctive and comes from the Shanghai area of the 1910 period. That’s estimated at $3,000 to $5,000. I’m looking at one coin right now, an 1833 25-cent piece, which circulates for about $200 to $300. In the exceptional condition it appears to be in, very high grade it could be worth as much as $15,000. I’m taking it to several grading houses where a team of experts will take a look and put a grade on it. It will certainly make for an interesting lot at the upcoming sale.