A Look At Celtic Jewelry And What It Means

When choosing a piece of jewelry, it is typical to want something with some sort of special meaning. Often we find certain symbols to be appealing as we feel connected to the meanings they convey. Whether it’s a cultural symbol or a specific gemstone, there are many reasons people wear the jewelry they wear. 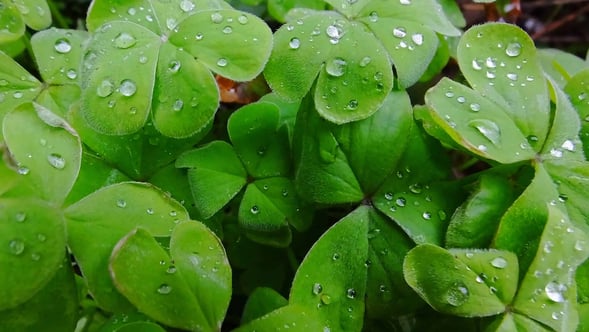 However, there are some symbols that have become so common, we often forget where they came from in the first place.

Would you believe that symbols such as the Trinity Knot, the Tree of Life, and the Claddagh Ring all carry great weight in Celtic/Old Irish tradition? These among other symbols date back as late as the 17th century and have been widely adapted as a part of western society. Celtic art is known for its circular designs and its avoidance of symmetry or sharp, straight lines.

Celtic art is further known for its knotworks, spirals, and plant forms. Perhaps you own a piece of jewelry with old Celtic significance and you simply never knew. 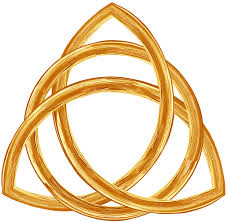 1. The oh-so-common Trinity Knot and its various renditions.

The Trinity Knot is also referred to as a Triquetra which is a term that originally meant “triangle.” It is also used to refer to various other three-cornered shapes. The Christian faith adopted the knot as a symbol of the doctrine of the Holy Trinity. The shape became a symbol based on its three sides. It is believed to represent the Father, Son, and Holy Spirit: three pieces of one whole. It may also refer to other groups of three such as Spirit, Body, and Mind, Past, Present, and Future, as well as the Other World, the Mortal World, and the Celestial World. It is indicative of Celtic Mythology for things to come in Threes.

These three sides can also be seen as a circle, a shape of further Celtic meaning. Circles often represent eternity and the ever-moving cycle of life. The Trinity Knot is one of many different types of Celtic knotwork. Often depicted alongside humans, plants, and animals, the knot carries heavy religious symbolism and was adopted by Christian Monks upon their arrival in Ireland. The Knot is often found on necklaces, rings, and bracelets.

Whether encrusted with diamonds or simple in silver, this ancient Celtic symbol is extremely common today. It has even become common to tie a tie according to the symbol of the Trinity Knot. 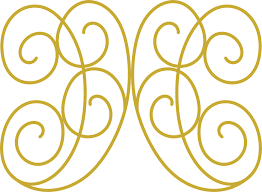 2. The Celtic Spiral is everywhere - look around!

As thin silver rings decorate millennial fingers left and right, we recognize that their roots lie in the Celtic Spiral. This ancient symbol is a further testament to the Irish theme of “three-ness.” Spirals may be formed from single, double, triple, or even quadruple swirls. It is rumored that the gaps between the spirals represent the gaps between life, death, and rebirth. As mentioned before, circles are often symbols for eternal life - thus, these spirals take on this symbolism as well. Double spirals have been found at Celtic grave yards, further representing the circle of life and the concept of eternal life.

Further Celtic belief states that the spiral may be a symbol of the sun.The motion-ridden symbol may also represent travel or constant movement - a further reference to the belief of eternal life. We’ve seen the Celtic Spiral on rings, earrings, and necklaces. 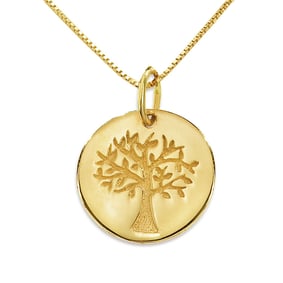 If you’ve yet to catch on, the Irish tradition is keen on the interconnectedness of all forms of creation. The tree of life is a widespread archetype and currently belongs to multiple cultures and religions. However the tree seems to mean similar things across various traditions. To the Celts, a tree represents a source of basic sustenance -  naturally providing food and shelter. The trees stretching branches represent a connection between heaven and earth and further acts as a symbol of connectedness between all things. This symbol is widely used in all types of jewelry from necklaces, to earrings, to brooches. 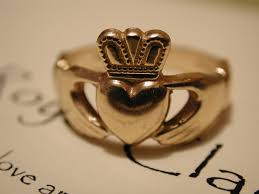 4. Chaddagh Ring - can anyone pronounce this one?

We’ve all seen this ring whether we knew what we were seeing or not. This classic design features two hands grasping a crowned heart. Of course, this is another example of “three-ness.” While the heart symbolizes love, the two hands symbolize friendship. The crown symbolizes loyalty.

These rings are exchanged as friendship rings or promise rings. At this point they’ve become so popular, many do not know that this tradition dates back to 17th century Ireland.

Celebrate St. Patrick's Day by getting to know the hidden symbols that surround you. Who know? You may come to love them even more once you know what they mean.