Are We Still Talking About Alternative Engagement Rings?

It is a common misconception that the only way to propose is with a classic, white diamond ring. While the movies and media never seem to depict otherwise, this doesn’t mean that the world isn’t full of unique and creative brides-to-be, who aren’t interested in receiving anything classic -- ever. 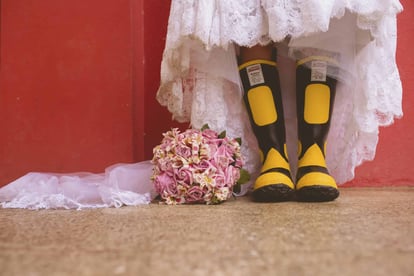 In fact, choosing alternative stones and designs for engagement rings has become more and more common as humans begin to crave a new sense of individuality, especially out here in the West. The idea that one style of engagement ring must represent every single relationship as a token of eternal love and commitment seems absolutely ridiculous as each relationship is unique in its own way.

Yet for some reason, society has allowed one type of stone to fill this role despite the endless amount of diverse human beings who choose to pursue engagements and marriages.

How can it be that one type of stone can make literally any woman happy?

Thankfully, in modern times this just isn’t the case anymore.

If you’re interested in going a more unique route, remember that it’s not diamond or nothing. Don’t be afraid to throw tradition a curve ball and go for something a little bit off the beaten path.


Most people claim that diamonds are classy and traditional; a force not to be reckoned with.

But how did this trend even come about?


The concept of “putting a ring on it” originated as a method for husbands to show ownership over their wives (cringe). This custom may have originated from Roman tradition, when a woman would wear a ring with a tiny key attached to it, representing her status of “off the market.”


Later on, in 1477, Archduke Maximilian of Austria was the first to “propose” with a diamond ring. Upon presenting it to his beloved, Mary of Burgundy, a new trend began to spread among European aristocracy and nobility.


“A Diamond is Forever”


De Beer mines opened in Africa in 1930 and since then, the value and demand for diamonds has varied over time. According to the American Gem Society, people spend twice as much on diamond engagement rings now than they did in 1992.


Despite divorce rates and less conventional marriages, the trend of the diamond engagement ring 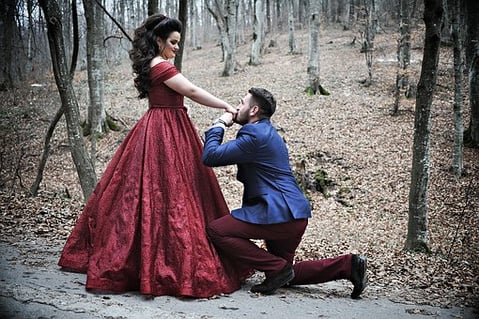 has yet to bite the dust. It is unfortunate that what is meant to be a symbol of love and eternity, has now become a commercialized product, like a car or a vacation home. While everyone is entitled to their own opinion, one must admit how strange it is that we’ve all been conditioned to believe that a diamond ring is the be all and end all. While other fads spin in and out, this one doesn’t seem to be going out of style anytime soon.

“I’d wear that as an everyday ring, but wouldn’t want it as my engagement ring”

“Are you even engaged with that thing?”

“Why can’t you stick with what’s traditional?”


These are all common criticisms at the suggestion of a non-diamond wedding ring; in fact, this debate has been going on for years now and is widely pondered by just about every jewelry and lifestyle publication.

A HuffPost article from 2013 posed the question, “are diamonds still a girl’s best friend?”

It featured a variety of quotes from anonymous women from Reddit discussing their reasons for wanting or not wanting a traditional engagement ring. Of course, the answers were all over the place. Some women found diamonds to be tacky looking, others highly prefered colored stones or even black diamonds. One woman noted that she was uncomfortable with her soon-to-be-husband spending so much money on a diamond ring, and she prefered the modest look that a less traditional engagement ring provided. 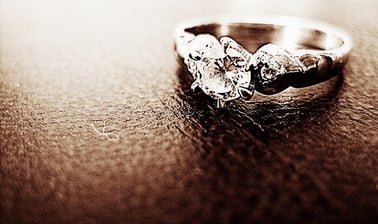 As far as gemstones are concerned, we’re a little worried.  As appealing as it may seem to select a gemstone to match your beloved’s birthstone, most precious stones are simply not cut out (ha, diamond pun) to be worn everyday.

German mineralogist, Frederich Mohs created this scale in 1812 by organizing ten different minerals in order of their hardness/durability. When choosing which gemstone to go with, you must recognize that there is nothing as strong as a diamond. The Jewelry Editor offers insights on which gemstones are appropriate to use for engagement rings. As a general rule, anything with a rating over 7.5 is adequate. BUT anything below that, including emeralds (7.5), opals (5.5-6.5), tanzanites (6.5-7), turquoise (5-6), and pearls (2.5) could be risky. 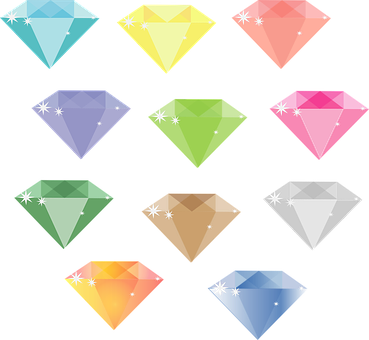 So, while gemstones are fun and very special, be weary of what has the power to last a lifetime. Of course, there are other ways to incorporate colored stones into your engagement ring. Side stones, colored halos, and cluster rings are becoming increasingly popular as we slowly depart from tradition.

After all this debate and chatter, at the end of the day, the decision is up to you and your partner. If you choose a less traditional ring, do it with love and confidence, and make sure to ignore what other people say. There are many ways to make a diamond ring special and original, regardless of trending cuts and styles.

When it comes to choosing the right engagement ring, communication is key. Nowadays, we’re in a place where we can openly discuss the type of ring we’d like to see come out of the box on proposal day.


A Tip From the Editor: Why Get a Diamond Ring?

Experts at Luriya say a diamond ring is the way to go for many reasons. Diamonds are always liquid asset - they have perpetual value and in a time of need, can be sold or traded.

Diamonds are a limited natural resource that people are always willing to pay for; unfortunately, that’s just how it is. If you’re looking for a quality ring that’ll withstand the trials and tribulations of life, laundry, and gardening, then sticking with a good 'ole diamond ring may just be the way to go.