Lovers of sparkle, mark your calendars. On November 16, 2014, a dazzling new exhibit will open at the Denver Art Museum, titled: Brilliant: Cartier in the 20th century.

Brilliant will feature 250 tantalizing jewelry pieces, wristwatches, and other decorative objects made by the luxury jewelry house between 1900-1975. Much of these rare and valuable Cartier pieces come from the private collections of luminaries such as Elizabeth Taylor, the Duchess of Windsor, Princess Grace, and other celebrities and royals. 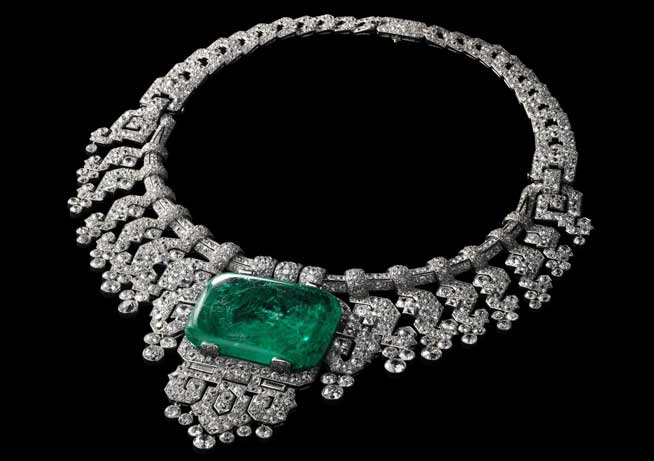 The exhibition promises to be more than a display of exquisite pieces. The show will highlight the evolution of the Cartier brand, marking its ascendancy from one modest boutique in Paris into one of the most celebrated luxury jewelry names in the world. Intriguingly, the exhibit will demonstrate how this transformation was molded by historical events of the period.

“The evolution of Cartier takes us on a journey through 20th century history, from the era of the last Czars in Russia to the Roaring ‘20s in America to the onset of Hollywood glamour as we know it,” museum director Christoph Heinrich said in a press release. “We hope people come from near and far to take advantage of this rare opportunity and experience all that Denver and the Denver Art Museum have to offer.”

Brilliant will include some of the glittering works that were present in “Cartier Style and History,” an exhibition displayed in Paris’s Grand Palais last winter, but certain objects are exclusive to Denver’s collection.

"We've never done a jewelry show like this," Heinrich remarked in the Denver Post. "It's 75 years of jewelry and a sort of time travel, with key historical moments when you see the emergence of American wealth at the same time as that of the European aristocracy. There are many wonderful stories connected with these objects." 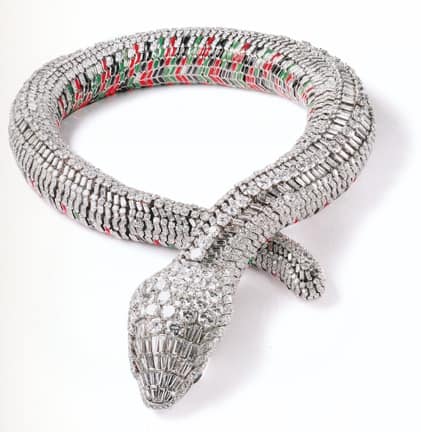 “Jeweler of Kings and King of Jewelers”

Cartier has undeniably played a fundamental role in the history of decorative arts. In the early 1900s, the brand was largely known for its neo-classical style creations (particularly extraordinary diamond tiaras) which befitted the house’s role as Court Jeweler for many of the highest royal families in Europe, India, and Egypt.

By the 1920’s, the world had changed: British and American industrialists could compete with the nobility in terms of wealth, and tastes were shifting away from classical styles. Cartier kept a pace with these changes and was at the forefront of the Art Deco movement, producing cutting-edge jewelry and objects that featured bold geometric shapes paired with vibrant gemstones.

At time passed, Cartier’s innovative creations continued to astonish and impress the world’s wealthy and famous, particularly the early stars of the silver screen, from Marlene Dietrich to Maria Félix. Many of the magnificent pieces made during this period (like the iconic diamond "snake necklace," pictured above) will live forever in the annals of art history and are still influencing jewelers today.

The Brilliant exhibit offers a unique opportunity to examine the shifting jewelry styles and trends of the 20th century through the lens of Cartier. A special section of the exhibit will focus on items created exclusively for men, particularly Cartier’s legendary wristwatches.

Jewels by JAR opens at the Met

Becoming a Master Goldsmith in Germany