Naturally formed Pink Diamonds are counted among the rarest and most valuable diamonds available today.

One thing is for sure:

Walking out of the store with a sparkly PINK diamond ring is quite different from extracting it from somewhere underneath the surface of the Earth. We all have a general idea about where diamonds come from, but not many know the nitty gritty details of the formation of these precious stones.

When it comes to pink diamonds, this information is relatively new and continues to be oddly mysterious.

While there are many scientific theories surrounding the birth of pink diamonds, final conclusions remain undetermined.

First, let’s talk about the creation of a regular, clear or white diamond.

Get ready to talk science!

All diamonds are formed in the Earth’s mantle, the zone between the earth’s crust and its superheated core. 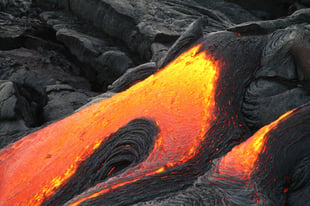 Within the mantle, atoms of carbon are crushed.

Once the temperature reaches 2700 degrees F and pressure exceeds the weight of 4000 adult men, the magic begins.

Diamonds are hosted in a type of rock called kimberlite. Kimberlite transports diamonds as it makes its way to the earth’s surface. It moves through a kimberlite pipe which carries magma as well. Once on the surface, these materials cool and harden.


Diamonds are hidden deep inside of these rocks.


While this process is easy to explain, we still find ourselves blown away by PINK diamonds - magical gifts from below the surface of the earth.


While man-made colored diamonds are processed every day,


In fact, Colored Diamonds are made in the exact same way as ordinary non-colored diamonds -


with one extraordinary difference.


As a diamond undergoes its creation, sometimes foreign particulates become trapped beneath its surface. As the chemical process is altered during crystallization, the outcome is altered as well.


Colored diamonds get their colors based on which minerals and particulates get involved during the crystallization process.

Different minerals and levels of intensity play a role in the outcome of the Diamond Color. 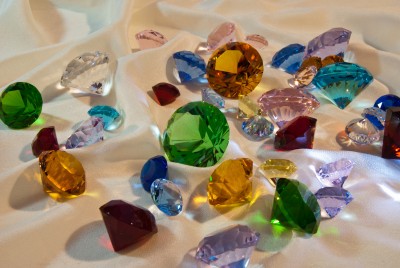 
Brown, red, and PINK diamonds all belong to the same family of colors. A combination of intense heat and pressure result in these gorgeous gems. While still within the clutches of the earth, the crystal lattice is disrupted. It is thought that the diamond absorbs green light and reflects a PINK hue.


Still, the Gemological world greatly debates the source of the pink coloring.

There was a point when scientists believed that an impurity was the source of the pink coloring in the diamond.


In order to check, they used a mass spectrometer - a machine that agitates the diamond and analyzes the chemical structure of its atoms.


In English, this means that after a thorough investigation of the pink diamond, no impurities were found.


They also discovered that pink diamonds are not entirely pink - rather they have various zones that alternate between pink and regular clear. This phenomenon causes the entire diamond to look pink.


The most popular theory claims that the coloring of the pink diamond can be attributed to exposure to extraordinary pressure during formation.


Pink diamonds belong to a family of diamonds called Fancy Color Diamonds. This is the general name given to any diamond displaying any type of color.


Assessing the Color of Pink Diamonds 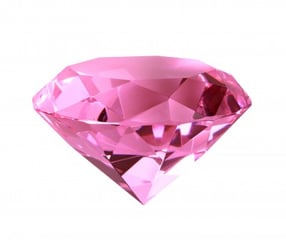 All Fancy Color diamonds, including pink diamonds, are assessed according to three things.


The Value of a Pink Diamond

The purer the pink coloring of the diamond, the more the diamond is worth.

In order to analyze clarity, all diamonds are examined under a powerful microscope called a loup. Pink diamonds, like all colored diamonds and regular diamonds, are graded on a scale from flawless to included. The goal is to determine whether the diamond has any incisions on the surface or inside.

While the Argyle mines of Australia deliver the highest quality of the 90-95 percent of pink diamonds found in the commercial world markets, they can also be found in India, South Africa, and Brazil. The closer to an intense red color the diamond is, the more valuable it is considered. In fact, the red diamond is considered to be the rarest of all the colored diamonds.