Why Is My Watch So Expensive?

Here’s the scenario. You’re walking through a mall, when a jewelry display catches your eye. But this isn’t your typical diamond ring case – this is something else altogether. Rows upon rows of watches are neatly laid out in expert fashion, just enough to show the watch, but not enough so that you’ll have to ask the sales associate for a closer look. The options seem endless – Rolex, Jaeger LeCoultre, Patek Philippe, and others you’ve never even heard of. 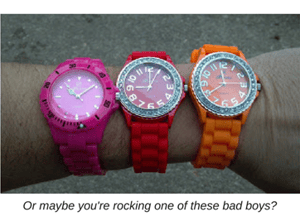 You look at your own wrist, and see a beat up Timex. Sure, it’s worked out just fine over the years, but everyone needs to treat themselves now and then, right?

Confidently, you ask the associate behind the counter to pull out the one that initially caught your attention. He makes a big show of handing it to you, and you offhandedly ask how much it’s worth – nearly dropping the watch when you hear the price. You make some mumbled remark about “just looking” and scurry away to buy some shoes that don’t cost a down payment on a house.

So, what makes that watch so expensive? After all, it doesn’t need to be diamond encrusted to command a princely sum. Watches that look “plain” on the outside can still be relatively expensive. What exactly are you paying for when you buy a watch? Why would someone pay you a lot of money to sell your watch? Before we can answer that question, we need to understand the history of watches and how they came to be what they are today.

When we humans didn’t have to rush off to 9 am boardroom meetings, or meet up for a power lunch at a quarter to 1, the only time we knew was “night”, when it was dark, and “day” when it was light. Obviously, as our civilizations became more sophisticated, the way we told time developed as well. Most people are familiar with sundials, which have been around since the Bronze Age, and use the sun’s position in the sky to cast a shadow to tell the time. More advanced ancient technology included water clocks (which use the flow of water to mark time) and hourglasses (which use the flow of sand). 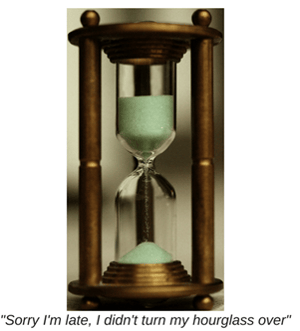 Eventually, the very first mechanical clocks were developed sometime in the Middle Ages. The clocks used at this time weren’t terribly accurate (they only showed hours, not minutes or seconds) and they lost or gained time very easily. Still, as time went on, and horologists (clockmakers) improved their skill, timekeeping shifted away from being an art into that of a science. Horologists demonstrated their talents by making clock designs smaller and smaller, and each clock was more accurate than the last.

Still, it wasn’t good enough. It was great to have a nice clock tower in the middle of town that told you the time, but what if you were traveling and needed to know what time it was? Enter the “personal clock” - or as we know it – the watch.

The earliest kind of watch was the pocket watch, meant to be carried in a waistcoat pocket. These early watches were seen as a luxury item, due to the skill involved in taking a complex mechanical movement and shrinking it down to a pocket size. The pocket watch was reduced in size even more during World War I, when the British War Department first issued wristwatches to their soldiers. The wristwatch proved to be more practical than its larger counterpart, since it didn’t have to constantly be removed and replaced from one’s pocket.

The introduction of “jeweled movements” was another technological milestone in watchmaking. Previously, the inner components of a clock or watch simply ground against each other as the mechanism kept time, leading to wear and tear. When horologists began using semi-precious or precious stones (such as sapphire, ruby, or diamond) in between the moving parts of the watch, they could reduce friction and extend the life of the mechanism.

Up until the 20th century, watchmaking was seen as an esoteric field, where the watchmaker had to hone their craft for years as an apprentice before creating something they could be proud of. In the beginning of the 20th century though, watchmakers realized that quartz (a type of mineral) had a very special property that allows it to tell time. Specifically, they found that if you passed an electric current through quartz, it “oscillated” at a specific frequency. Since this frequency doesn’t vary from one pieces of quartz to another, they were able to use the frequency to correlate to a specific amount of time passing.

Thus, the modern watchmaking industry was born. Nearly all mass-manufactured watches use a quartz crystal to tell time, and for a time, it seemed like the mechanical watch was no loner relevant. Why use a mechanical watch that could cost 100 times more than a quartz watch that never needed servicing, replaced parts, or winding?

The Enduring Appeal Of The Watch

For a time, it seemed like the end of a cherished history. Just like the Wonder Bread obsession of mid-century America showed a preference for mass marketed cheap goods, people began to forget about what it meant to create a watch. All they saw were dollar signs, and didn’t recognize the passion and dedication that it takes to make a mechanical watch. For many watch companies, it was the end or an era. 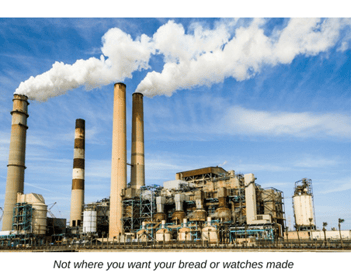 Fortunately, we’ve experienced something of a renaissance when it comes to consumer culture. Instead of buying “Lite” beer made of corn, we reach for the “craft” beer made with traditional ingredients. We’re more conscious about where our produce comes from, and restaurants advertise themselves as “farm-to-table”. With this new perspective, of “going back to our roots” in a sense, there is a renewed appreciation for the watchmaker and his craft.

Why is A Mechanical Watch More Expensive Than A Quartz One?

All the quartz watch really needs is a few small components that can easily be produced on a factory line. A mechanical watch, on the other hand, needs to be hand assembled in order for it to work. The details that go in to a mechanical watch are so intricate, that it would be difficult for a robot to assemble it.

Ultimately, the cost of a mechanical watch comes down to a few key factors:

The watch movement is the very heart and soul of the watch. A watchmaker can take years to finish one, if the process is all done by hand. The technical ingenuity that goes into creating a watch movement will also raise the price, as will the number of “complications”. A complication is a feature on a watch that isn’t about telling the time of day – a complication may show moon phases, or the date on the calendar. The more complications, the more technical mastery needed, so a complicated watch may cost more than an “uncomplicated” one.

With any luxury product, the time and effort that goes into producing it limits how many can be made in a year. For example, Lamborghini has only manufactured about 30,000 cars in the past 50 years. The relatively small supply of cars (and high demand by collectors) is sure to drive up the price. Similarly, many watch companies produce very few watches a year. Although they certainly have the resources at their disposal to increase, they keep the supply low because they know there will always be a demand. Patek Phillipe, one of the most well-known watch brands, only produces about 50,000 watches a year. Compare this number with how many watches Timex makes in a year (25 million!) and you’ll see why these watches are so valuable. 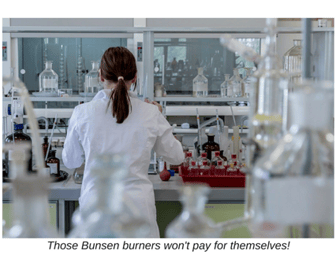 Many horologists are motivated by their drive to create something the watchmaking world has never seen. This creative bunch can come up with unique ideas like the Van Cleef Midnight Planetarium or the Jacquet Droz Bird Repeater Automaton – but creating something from nothing doesn’t come cheap. When you spend years perfecting an idea, the time and effort you’ve invested are sure to be reflected in the final price of your product. Unfortunately, many people only see the material cost of a watch and think that’s what they should pay for a watch, and neglect the blood, sweat, and tears that went into producing it.

Speaking of material price, the components of the watch themselves can be pretty expensive. Luxury watches get made with luxurious material, so whether the band is made of platinum, or the bezel is encrusted with diamonds, the price will rise proportionally. It’s easy to confuse white gold or platinum with stainless steel, so if you want to know what your watch is worth, it’s critical to get it properly appraised.

Just like any product, distribution costs factor into the watch’s final price. Let’s say a watchmaker wants to sell a watch that cost them $100 to make, and they want to make a $50 profit. They sell it to a distributor for $150, who then sells it to the retailer for $250. The retailer then sells it to the consumer for $500, so the customer ends up paying nearly three times the amount that the watchmaker was willing to sell it for. With every step, there are overhead costs that each middleman needs to be, which inflates the price to what the customer pays. When buying or selling anything, you’re better off going with a store that keeps overhead to a minimum, and cuts out any “unnecessary” steps in the process.

What Does All This Mean For The Watch Market?

Now more than ever, luxury watches are in high demand. That means if you’re looking to sell your watch, you’ll have no problem getting a great price. If you decide to sell your luxury watch though, make sure you only use a trustworthy buyer! A watch buyer should articulate the ins and outs of the appraisal process to you clearly, and shouldn't pressure you to sell if the price isn't right. Take the time to shop around and see what offers you can get - your watch won't lose its value overnight!