Women Of The World, Raise Your Right Hand

A Diamond is a Girl’s Best Friend


Prior to jewelry company De Beers’ “A Diamond is Forever” campaign, it was not so readily assumed that engagements and marriages required the purchase of a flashy diamond ring. By equating the toughness of diamonds with the desire for a marriage to last forever, proposing with a diamond ring became absolutely mandatory, altering Western society forever. While this anomaly is widely acknowledged, it has yet to be combatted or swapped out for any better alternative.

Instead, the diamond ring trend has been hijacked by powerful women left and right.

While in the past women may have been entirely dependent on their husbands, today, this just isn’t the case. If women can attend any college they wish and work in just about any industry, what’s to stop them from buying their own jewelry as well? This trend is complementary to the widely known millennial habit of waiting until later in life to get married. Often times, this is based on a financial decision. Couples choose to live together to support smart financial decisions. More people are choosing to go to college, and to stay there longer as well. Today, “women earn more college degrees than mean,” making it even more understandable that, so to, women are pushing themselves harder career-wise than any other time in history 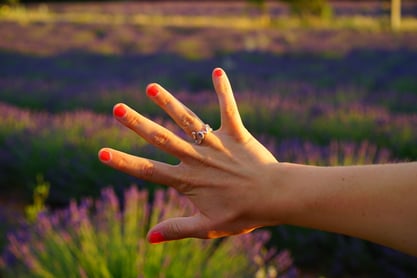 However, the delay of marriage does not necessarily mean the delay of gorgeous and expensive jewelry. Thus, in 2003, the right-hand diamond ring was born. De Beers based this campaign on the foundation of women choosing to purchase their own fine jewelry as a celebration of their professional success. While traditionally a diamond ring is worn on the left hand to symbolize engagement, the right hand ring trend has escalated as women continue to progress both professionally and financially.

De Beers debuted this campaign with the catchy slogan,

This implies that if a woman wishes to assert herself as an individual as opposed to the other half of a whole, she must tie a diamond ring to her right hand.

Or any other ring, really.

Regardless of whether a woman is married or not, she can still choose to wear a right hand ring. It is simply a symbol of independence to mark a milestone or another significant achievement. Even though the De Beers campaign crashed within two-years of its release, the right hand ring is still in style, even now in 2017.

While there has been a rise in female jewelry purchasers, there has also been a rise in female jewelry designers. If you think about it, it makes a lot of sense for self-purchasing women to be designers as well. After all, they’re the ones who know what they want -- enough to go out and get it on their own. An article in the National Jeweler discusses the independence that comes with designing jewelry you yourself may actually be interested in purchasing. Jewelry designer Marla Aaron claims that 95% of her customers are self-purchasing women. Aaron started her collection because there were pieces of jewelry she wanted but couldn’t seem to find.

“Jewelry is intimate and deeply personal, and it makes complete sense that women would like to reward themselves with pieces that they have especially chosen and that reflect who they are,” she explained. (via the national jeweler)

“Experts say that women are buying themselves more gold, rubies and diamonds for some of the same reasons that men buy sports cars. Jewelry can represent status, a sign that a woman has arrived professionally and financially. Jewelry can be a way to reward oneself for a promotion, or given to oneself as a birthday gift.” (via nbc) 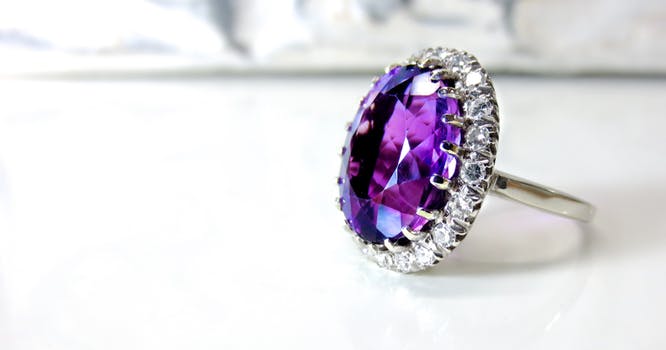 Yes, jewelry can be very personal. It is extremely meaningful to receive a piece of expensive jewelry from a loved one, perhaps even more meaningful to receive one from yourself. Women who work hard and make their own money should not be afraid to spend some of it on themselves. As more women and men push off marriage, there’s no reason to wait to own your own fine jewelry. Afterall, why should engagements, weddings, and anniversaries be the only grand events rewarded and marked by extravagant jewelry? Often, self-purchasing women choose rings or earrings they can wear everyday as a reminder of their success. It’s time to face the facts. Women are no longer waiting around for men to buy them nice things, and it’s about time.

Perhaps De Beers had it right from the beginning when they called out, “Women of the World, Raise Your Right Hand.”