Becoming a Master Goldsmith in Germany: A Centuries-Old Tradition

On a bright spring morning Amely Heinrich sits in her East Berlin workshop and boutique, Amely & Julia Goldschmiede, hard at work on a pair of gold earrings. In 2011, Heinrich opened her shop in the trendy neighborhood of Friedrichshein with fellow goldsmith, Julia Riedler, whom she met while studying at Pforzheim School of Design. Monday through Saturday, the pair can be found creating whimsical pieces of jewelry in their brightly decorated studio, with the help of two apprentices.

Heinrich and Riedler were trained in much the same way. “I worked for one and a half years in a boutique, making jewelry, talking to customers about the work and learning from a master goldsmith who owned the shop,” Heinrich says. Now, both women are master goldsmiths, titles they earned after completing a rigorous training process - one that has changed surprisingly little over the centuries.

Julia Riedler and Amely Heinrich at their workbench, from the blog on Dawanda, where they sell their jewelry online 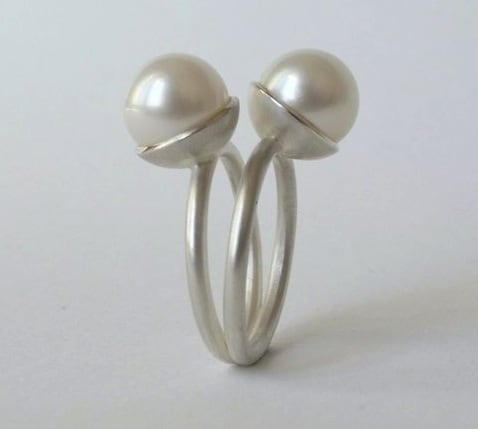 Handmade ring of freshwater pearl and silver by Amely & Julia Goldschmiede, available for $500 at DaWanda.com

From its origins as one of the first-known forms of currency, gold has held its place as the ultimate precious metal. Not surprisingly, the practice of becoming a goldsmith has a long history as well. Even today, many ambitious goldsmiths train in Europe, through a system that has been in place for several hundred years.

In medieval Germany, craftsmen of the same trade were typically organized into guilds, which set quality standards for members and insured that goods were being sold at a fair price. In order to be accepted into such an association, a craftsman was required to achieve the lofty status of meister, or master in his trade. As one can imagine, earning this title was no small feat.

First, a potential goldsmith would carry out an unpaid apprenticeship under a master craftsman for several years. Then, he would take to the road as wandering journeymen—Wandergesellen in German—where he would spend several years traveling from town to town and working under a variety of masters in order to develop his craft. Eventually, he would set up an individual shop in a larger municipality, and apply for acceptance into a local guild of goldsmiths, which was typically the most esteemed guild in a community of craftsmen.

The process of becoming a master goldsmith – and the art of goldsmithing itself - has changed surprisingly little since the Middle Ages, particularly in Germany, Austria and Switzerland. In order to achieve master status today, craftsmen must rise through similar ranks. First, one must attend an educational institution, such as a university or trade school that teaches the necessary techniques. Next, one must carry out a multi-year apprenticeship under a master craftsman.

Although it’s no longer obligatory, some aspiring meisters still traverse Germany as journeymen, developing their skills while “auf der waltz” (on the road). One can spot these Gesellen, as they are called, by their unique uniforms, which consist of black bell-bottom pants, a waistcoat, and wide-brimmed hat. It can be quite surreal to see them strolling through modern cities such as Berlin or Frankfurt.

After those on the road have settled down and are ready to achieve master status, they must complete an additional one to two years of studies, take a rigorous standardized test and, last but not least, create a masterpiece that adheres to age-old quality standards.

Traditions of the goldsmith and lapidary arts are especially strong in the southern Bavarian town of Pforzheim, often referred to as “Goldstadt” or “Gold City.” The craft’s heritage dates back to 1768, when the opportunistic Duke of Baden sought to satiate his wife’s taste for gold baubles and jewels by opening a watch and jewelry factory in local orphanage, which was later turned into a school. 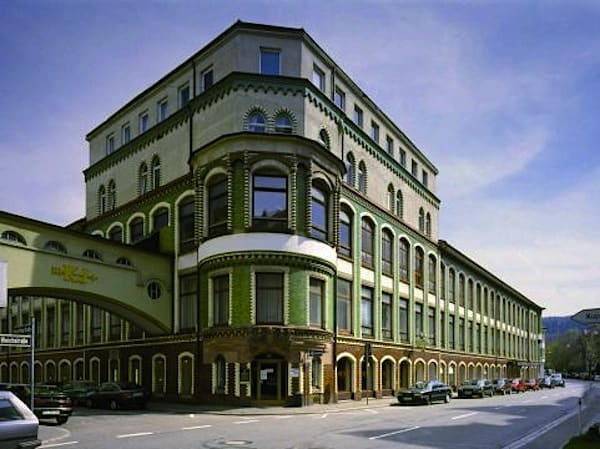 Technisches Museum in Pforzheim, Germany, gives an inside look at the area's famous jewelry and watch industry

Over the past centuries, the Pforzheim University School of Design has garnered a reputation for being one of the finest craft institutions in Europe. Amely Heinrich received her certification in both lapidary arts and goldsmith through the school and its training programs. “The Pforzheim school is definitely one top places to train as a goldsmith,” she said, when we visted her store and workshop. “The town really has everything you need to learn the trade. There are people who sell special jewelry and goldsmith tools, and there’s also a great jewelry museum.”

Many of today’s internationally-known master goldsmiths received their initial training in Pforzheim, including Michael Zobel, who founded the prestigious design studio Atelier Zobel in nearby Konstanz, and jewelry designer Barbara Heinrich, who has since brought her craft back to the U.S. and sells her work through the Aaron Faber Gallery, among others.

While the U.S. has a tradition of training goldsmiths and lapidary artists, such programs have been incorporated into university curriculum fairly recently. While some are fairly intensive now, they are a far cry from the lengthy master and apprentice training system instilled in the German-speaking countries. For this reason, those who have earned the official master title have been trained in Europe, such as American jewelry designers and master goldsmiths Gaia Pelikan who trained in Baden, Switzerland, and Alan Revere, who studied and worked in Pforzheim for over two decades before opening the well-known Revere Academy of Jewelry Arts in San Francisco in 1979.

Like Heinrich, Pelikan and Revere, many others have brought their techniques and training from the old world to the new, enriching America’s vibrant scene with the knowledge and wisdom of the age-old tradition of working with gold. You can find their work in jewelry galleries across the U.S., including NYC.

Shopping spring jewelry on the Upper East Side and Brooklyn

JAR jewels at the Metropolitan Museum of Art