Debunking Gender-Bias In The Diamond District

Here at Luriya, we’ve encountered jewelry sellers of just about every kind. However, it’s difficult to pinpoint whether the majority of clients who come in to sell their diamond rings are male or female. We believe the numbers are just about the same, after all, why wouldn’t they be?

Doesn’t a man have every right to sell a diamond ring? Doesn't a woman? Shouldn’t everyone be treated equally -- especially, in what should be an extremely objective field?

After a Divorce, Who Keeps the Diamond Ring?

There are various opinions concerning what happens to a diamond ring in the case of a divorce. Who deserves to keep it? What happens next? For many reasons, this discussion often ends with the woman keeping the ring. An article from HuffPost written by a divorce lawyer discusses this topic. In the state of California, the engagement ring is seen as a promise to be married, therefore if the bride complies and walks down the aisle, the ring is as good as hers. Therefore, if the bride fails to marry the giver of the ring, she intuitively must return it. Other states such as Texas have ruled that since an engagement ring is given before the wedding, it has nothing to do with the promise of, or the longevity of the marriage. Therefore, the ring 100% belongs to the woman, no matter what.

However, if the diamond ring was a family heirloom, the scales may tip in the direction of the original owner of the ring. If the ring belongs to the man’s family and it was only given to him for the purpose of proposing, then in the case of a divorce, the ring must be returned to the man. While legally, these points may be true, it is still likely that a woman may choose to return a diamond ring after a divorce, simply because of the emotional weight attached to the ring and what it symbolizes. It seems that this could go either way, meaning it is just as likely for the man to keep the ring as it is for the woman to.

Are men and women treated differently when en route to sell their jewelry? In a gender-conscious society it is imperative to recognize that gender plays a large role in all aspects of daily life, even when it comes to trudging down to the Diamond District to try and make a sale. Why no prospective jewelry seller will ever receive market value for their diamond ring, there is no reason they shouldn’t be offered the highest possible price. Once the ring is appraised and sized up, the buyer/appraiser should be able to offer a fair and competitive price for the ring based on the condition it’s in.

But what happens when WHO the seller is becomes a part of the equation? As uncomfortable as it is, there is evidence that suggests that women are more likely to get ripped off when selling a diamond ring than men are. This evidence exists in the form of a punchy YouTube video which features an experiment on the effect of gender on diamond sellers and jewelry dealers in the Diamond District. The creators placed hidden cameras in the jackets of both a male and a female looking to sell a diamond ring.

The trials were filmed two weeks apart from each other, and the ring they were selling was exactly the same.The actors made their way down to NYC’s Diamond District and met with multiple buyers in order to compare both offers and buyer behavior. Their names are Jacob and Rebecca. As feared, Rebecca was consistently offered exponentially less for the ring than Jacob was. In addition to low offers and dishonest behavior, the jewelry dealers were likely to flirt with Rebecca, as one offered her $5,000 for her ring, not to mention a “nice dinner” of equal value. After meeting and negotiating with 12 dealers, Rebecca was offered about 62% of what Jacob was offered for the exact same diamond ring. The discrepancy ranged from $1,000 to $8,000. Furthermore, not a single buyer offered Rebecca and Jacob the same price and no one offered Rebecca a higher price than Jacob. Need I remind you that they were both out to sell the exact same ring? 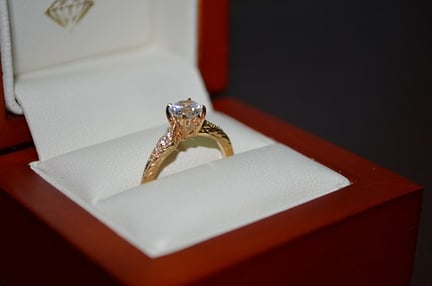 This video received a large amount of backlash for the confounding variables present in the experiment. Many claimed that Rebecca did not try hard enough to attain a higher price for the ring. Walking into an appraisal without the correct certification for your diamond ring is never a wise move, but it does not give a dealer permission to take advantage of your ignorance. It was assumed that the Jacob knew the value of the ring he was selling, as he was likely the one to have bought it in the first place. However, this was never clearly expressed and for all we know, it may not even be true.

Both Rebecca and Jacob failed to provide a GIA certification with their diamond ring, something an appraiser at Luriya would never encourage. Such a certificate is the ultimate get-out-of-jail-free card and makes it extremely difficult to get ripped off, regardless of your gender. 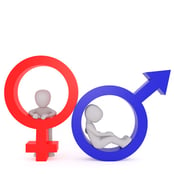 When selling a diamond ring, it is imperative to feel comfortable and safe in the environment you’re selling it in. If your appraiser is rude and unprofessional, you should not waste your time giving him your business. An appraiser should be professional, honest, and completely transparent in his actions. Regardless of your ability to haggle and negotiate, although these things are encouraged, your appraiser should always make you a real and fair offer, regardless of your gender or appearance. At Luriya, our clients come in with their spouses, their parents, or even their grandparents. All types of people come through our doors, all of whom are viewed and treated equally.

There is no reason for a sale to be sketchy or unnerving. By being objective and transparent, Luriya refuses to judge or scam. After all, offering a different price to a seller based off of their gender is not only unprofessional and sexist, it’s absolutely ridiculous.

Interested in coming in for a fair free appraisal? Say no more.