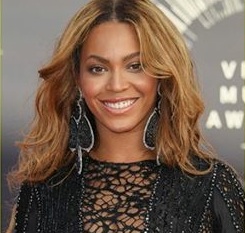 Beyoncé’s former Destiny’s Child songstress, Kelly Knowles also chose a pair of statement earrings by Schwartz. The brown and white interlocking pieces were an elegant pairing with her blush-colored Kaufmanfranco sequined gown, as were the designer’s shimmering brown diamond bracelets and ring.

At the Emmys, the trend towards attention-grabbing drop earrings by Schwartz continued. Heidi Klum, long a fan of the designer, selected larger-than-life pendant earrings loaded with white carved jade and 30 carats of emeralds. Sofia Vergara, another celeb who doesn’t skimp on the sparkle, wore $2 million worth of Lorainne Schwartz jewels, including elaborate kite-shaped diamond earrings, a diamond shield ring and a knotted diamond bracelet.

Black is the New Black

Despite the summer weather and tendency towards a brighter palate, black onyx and black diamonds figured prominently in the accessories of the young and trendy at the MTV VMAs.

They say it’s the Golden Age of television, statement celebs (and their stylists) seem to have taken into account when selecting Emmy accessories.

Just as her character on Mad Men would have done, Christina Hendricks turned out swathed in gold, including $390,000 worth of stacked Neil Lane bangles, which matched the floral detailing on her red Marchesa gown (another choice Joanie would have approved).

Sustainable jewelry showed up on a couple stars who walked the Emmy red carpet. Orange is the New Black star Taylor Schilling, an Emmy nominee for Outstanding Lead Actress in a Comedy, wore a single cuff earring with pear and round Brilliant Forevermark diamonds set in 18k white gold, designed by Premiere Gem, and two bracelets and a rink set with the brand’s responsibly-sourced stones.

To complement her black Lanvin gown, Mad Men star Jessica Paré selected a bold vintage necklace from Fred Leighton with a platinum and diamond pendant from the 1950’s—a piece her onscreen persona, Megan Draper, would have likely deemed a little passé in her late-sixties heyday.

At the VMAs, 23-year-old British songstress Rita Ora put the focus on a usually-neglected body part - the fingernail - for her statement jewels. Ora performed her song “Black Widow” with an estimated $56,000 worth of diamond spiders atop fierce red polish. 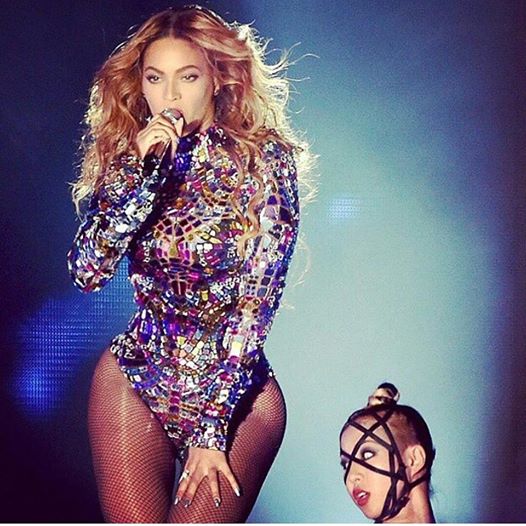 And then there was Beyoncé again, this time rocking a bejeweled-mosaic bodysuit designed by Tom Ford for her performance of “Drunk in Love” at the VMAs. She paired it with Lorraine Schwartz 25-carat blue sapphire studs, a blue sapphire three-stone ring and white diamond ring.

Have colored stones ever looked so glam? Probably best to file that one under: Don't try this at home.