Three months after President Obama renewed the ban on rubies and jade from Burma, three pieces of Burmese ruby jewelry made the top 10 sellers at Christie’s Hong Kong on November 26th, 2013, and one set a world record. 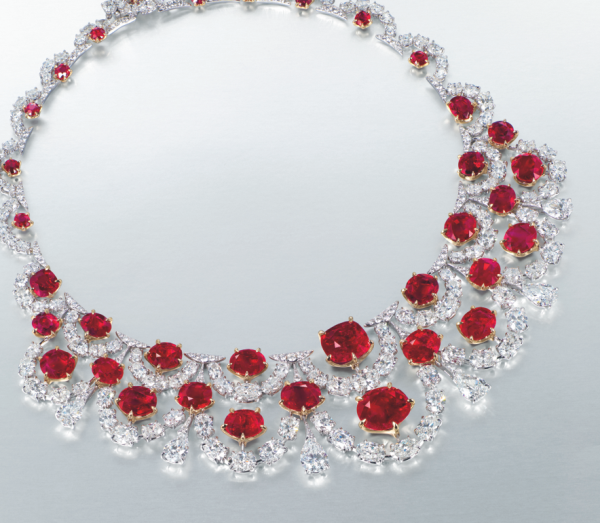 Burmese ruby and diamond necklace weighing 87.78 carats sold for $6.4 million at Christie’s Hong Kong on November 26, 2013 - the most ever paid for a ruby necklace at auction. (photo courtesy Christie’s Images Ltd)

A stunning necklace of diamonds and Burmese rubies designed by Etcetera sold for $6.4million at Christie’s Hong Kong on November 26, 2013 – the most ever paid for a ruby necklace at auction.

Another juicy Burmese ruby – a 13.21ct oval set in a ring - sold for nearly $6mil, and a third Burmese ruby and diamond “Flora” necklace by Bulgari sold for $3.8mil. 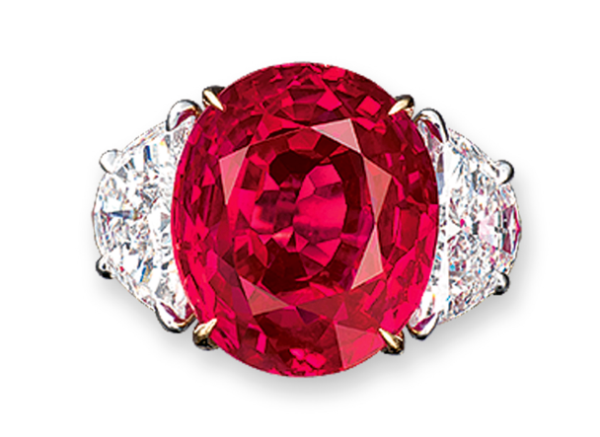 Although a flawless diamond necklace brought the top price in the sale, as usual, and a fancy orangey-pink diamond set its own world record that day, Burmese rubies took center stage. Obviously, international demand is strong for the finest rubies from Burma, a top source for this increasingly rare gem, but the ban on their import into the U.S. remains – for now, at least.

Jade and rubies mined in Burma have been banned from entering the U.S. since the Tom Lantos Block Burmese JADE Act passed in 2008. Many gem and luxury jewelry dealers in the U.S. expected the embargo to be lifted over the summer, based on evidence of improvement in human rights in Myanmar, formerly known as Burma, and the fact that Obama waived most of the sanctions in November 2012.

A statement issued by the White House indicates the Obama administration is maintaining the ruby and jade ban due to concerns about labor and human rights in the gem sector.  Hopefully, this final push will inspire significant change by the time the ban comes up for renewal again in the summer of 2014. By then, the U.S. block on Burmese rubies and jade will have been in place for six years.